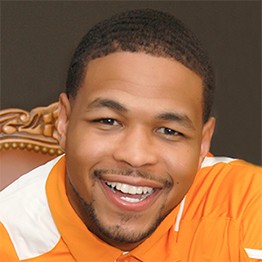 You’ll see a man who looks in the face of defeat and says, “Am I really failing, or is God prevailing?” You’ll see a man gripped by the promise that God has purposes and plans far beyond our own. And you’ll be inspired by his relentless determination, which he loves to impart to others through his dramatic story.

Inky has a master’s degree in sports psychology from the University of Tennessee. He devotes much of his time to mentoring athletes and underprivileged youth. He and his amazing wife Allison live in Atlanta, Georgia with their beautiful children, Jada and Inky Jr.