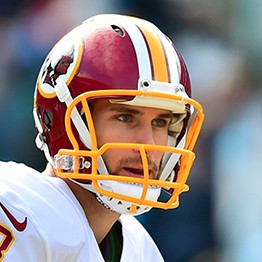 Drafted by the NFL’s Washington Redskins in 2012, Kirk led the team to victory in his first career start and finished his rookie season with a quarterback rating of 101.6. Kirk has now completed 4 seasons with the Redskins. Kirk and his wife Julie split time between Asbhurn, VA, Atlanta, GA and Holland, MI.