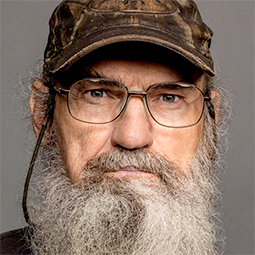 Si Robertson, the youngest brother of Phil Robertson, can be seen on a lmost every Duckmen DVD as well as the Duck Commander TV show. Si has worked and hunted for Duck Commander since retiring from the United States Army in 1993. Si spends his time making all of the reeds for the Duck Commander
calls, working out at the land with Phil preparing for the next duck season, and, of course, when season rolls around, you’ll find him in the blind.

Si lives in West Monroe, La with his wife Christine.