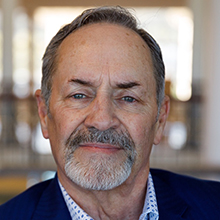 In 1971 while serving in the United States Marine Corps in South Vietnam Tim Lee gave both of his legs to America. Instead of quitting or becoming bitter God used this major event in Tim’s life to propel him into a ministry that no one could have imagined at that time.

Tim pastored for five years in southern Illinois. He understands the rigors, challenges and difficulties and the blessings of being a pastor.

He has spent the past 40 years in active ministry as a full time evangelist. He has ministered in 49 states and numerous countries of the world. He has addressed thousands of local churches, Christian schools, civic organizations, colleges and universities as well as hundreds of special patriotic events. Tim Lee is known as the “Legendary Speaker” at MCRD Parris Island, where he speaks to thousands of Marines and Marine Recruits every year. For 25 years Tim and his family have hosted one of the most exciting teen camps in America called YOUTH ALIVE.